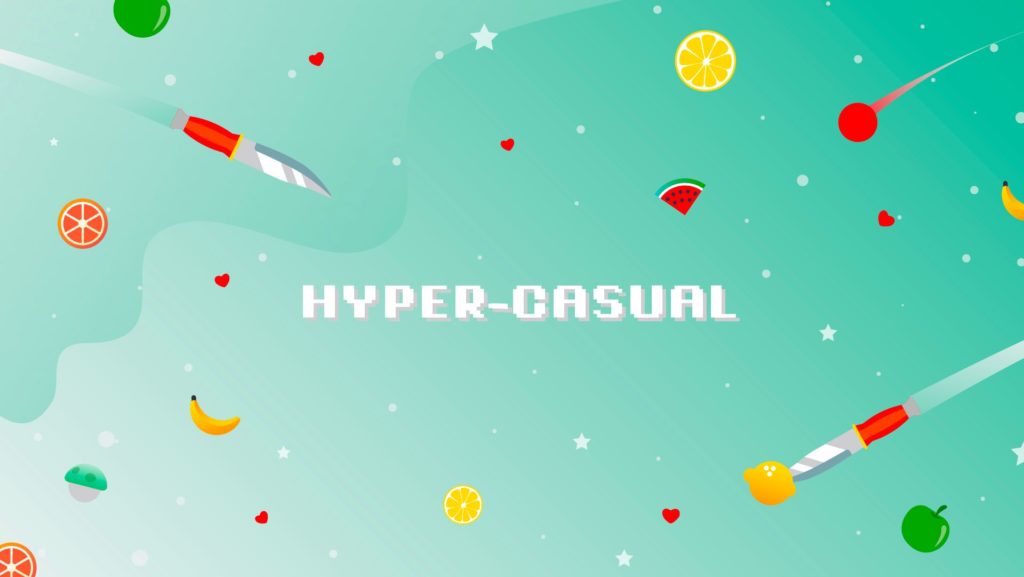 Hyper-casual was a knockout game genre in 2020. With most of the world being on lockdown in a global pandemic, it was mobile gaming’s time to shine. And hyper-casual mobile games proved to be a leading category.

Hyper-casual games are lightweight games with simple mechanics, making them easy games to produce. They don’t take up a lot of space on your phone and they can easily bring in a profit through ad revenue. So they were the perfect timber to catch fire when the whole world was confined to their phones for a year.

But as we all know, technology is rapidly changing, and the mobile gaming industry is no different. We talked about the top mobile gaming trends of 2020 in this article here, but we’re going to take this article to focus on the trends that we’ve seen or may see this year within the genre of hyper-casual mobile games.

IDFA Changes Will Impact the Industry

If you’re unfamiliar with these changes, basically, iOS 14 will have a new privacy feature that would require consumers to opt-in for permission to be tracked. Those who do not opt-in will no longer be targeted by advertisements that use the Identifier for Advertisers, IDFA. This has left mobile marketers unsure of how targeted advertising will be affected.

Since the changes haven’t happened yet, only speculation has occurred as to how the changes will impact the industry but it has become a thought on every mobile marketers mind. Many are saying they will suffer revenue losses and we will see a reduction in mobile ad spend.

What this will mean for the genre as a whole and the changes we will see from it are unclear yet, but one thing is certain, the IDFA changes will change something in the industry. It won’t wreck the industry completely, but it might change the games we see being put out as more attention will be focused on user acquisition.

The longer that mobile games are around, the more the lines between the genres blurs as genres pull from each other and we see more hybrid genres. Hyper-casualization is something many games can adopt, and people are starting to take notice.

In general, we are going to start seeing less of one solid genre, and more genre-bending as the hyper-casual genre becomes more saturated with games, leaving new games to branch out if they want to provide a unique gameplay experience. Hyper-casual games may not be the most complicated genre of games, but the model itself has been proven to be successful, so we’re likely to see more hyper-casual game elements in more complex games as well.

IP-based games are a favorite. They usually come with a loving, established fanbase, making for good profits and brand visibility. But we haven’t really seen many hyper-casual games backed by third-party IPs. But that is likely to change soon due to a few factors, including the genre-bending we mentioned earlier.

When it comes to games based on intellectual property, we mostly see more complex elements and gameplay. But as we mentioned above, hyper-casualization is hitting the market and going forward we’re likely to see more IPs entering the hyper-casual market and test the waters with more simple gameplay.

This move could easily prove fruitful for many IP games, as introducing a more hyper-casual format could allow them to branch out and widen their base. It could also help them break into different niche gaming markets by utilizing a less casual model.

Whether widening their audience or breaking into new markets, IP-based brands can utilize a more hyper-casual gaming format to increase brand awareness and loyalty, as well as sales could potentially be boosted. These brands have the opportunity to improve their overall brand and sales due to this rising genre.

As far as what it takes to develop a game, hyper-casual games tend to be the easiest as their gameplay is relatively simple and there aren’t as many complex elements to the game or it’s design. But as the genre becomes more and more saturated, games will need to stand out and since gameplay is restricted to a more simple model, visuals is where the games will have to make their mark.

We’re likely to see games with strange concepts or really unique visuals coming out as a way to stand out in the already full genre. Developers will be looking for the next unique concept and while doing that, we may see quirky games with unique visuals become the new norm.

We may also see more realistic-looking games, as publishers attempt to distance themselves from the poor quality that many free hyper-casual games have. On the flip side, we may also see games with unique or niche design concepts popping up as the only way to get your game to be relevant will be to stand out amongst your peers by being nothing like them.

As far as trends go, we tend to think of them as positive. But there are some downsides to trends. As you may know, trends usually have a time limit. Here one day and gone the next, and we don’t think hypercasual is an exception to this. Much of the internet agrees, which is why one trend we’ve seen in 2021 is  the criticism of hyper-casual games and the model itself.

Hyper-casual games have undeniably made a huge impact on the gaming industry. In just the last year alone we’ve seen a huge rise in articles about the genre, and we’ve seen more and more content reviewing this game genre. That being said, many criticize hyper-casual games for their lack of staying power, their inability to stay relevant on the market in the long-term. So let’s take a look at why some people don’t think that the genre will be able to sustain itself in the long-term.

As we’ll discuss later, many games also don’t spend too long at the top before a new game is released that takes over. Because of this, publishers just try to put out new games that get attention, rather than trying to keep older games relevant. Both factors lead to a high volume of hyper-casual games flooding the market, causing an abundance and even a surplus.

One major criticism of the hyper-casual genre is its low lifetime value (LTV). One thing hyper-casual games do really well is get you playing quickly – many of them don’t require a tutorial, and you only need a few minutes of downtime to start playing the game. They aren’t complex, making them easy to play and make money off of ad revenue. But because of these elements, the games quickly lose their appeal. You can play the game a few times and it becomes a good distraction, but it doesn’t make you want to play it for months on end.

This is perfectly demonstrated by the life cycle of the best hyper-casual games. They spend a few weeks at the top, and then they disappear. As soon as the hype dies down, engagement drops. Hyper-casual games’ inability to get the user to play for longer periods makes people wonder just how long hyper-casual games can actually stay relevant.

Creating a hyper-casual game is relatively easy and we’ve seen an influx of publishers in this genre recently, which made competition fierce and contributed to the rapid growth of the genre. But now publishers must compete for developers on the basis of revenue share and as more and more games are released, it may prove not worth it to develop a hyper-casual game.

So while low entry barriers helped this genre take off, we may see it become detrimental to the genre by making it not profitable to create a hyper-casual game in the future.

Like shooting stars, as quickly as a hyper-casual game gets to the top, as quickly as it disappears. New games constantly push out the old games, and the cycle is quick. Most games can only spend a few weeks at the top before a new game takes over. While this leads to an exciting frenzy, and as a user you have new shiny toys every week, it doesn’t bode well for the games themselves as they get squeezed out by new players. Your game is only successful for a short amount of time, instead of having long-term staying power.

So where does this leave the genre? Well it’s never going to go away. Its mark on the gaming world is undeniable. The core mechanics of hyper-casual games are inspiring in the way they’re able to catch users attention and reward them enough to keep playing. But we can’t ignore the criticisms of the genre and seeing all the content recently discussing it’s pitfalls, it’s clear that we’re coming to a turning point in the hyper-casual genre where we’re likely to see the direction of the market pivot soon.

And it’s likely that the direction we’ll see hyper-casual games go in will correlate highly with the trend of genre-bending that we mentioned earlier in the article. With such a short LTV, most hyper-casual games can only make so much money. The real money when it comes to this genre is going to come from being able to take hyper-casual games and improve their long-term engagement. If you find a way to take your hyper-casual game and make it a part of something bigger, you’re probably going to find better long-term revenue.

Hyper-casual games have come a long way and being a relatively new genre, we have yet to see their full potential for growth. We may not know where exactly the genre is headed next despite some clues and educated guessing, but one thing is for certain, the genre is here to stay. We’ll just have to wait to see where this genre goes next, but we just might be nearing the end of the hyper-casual gold rush.